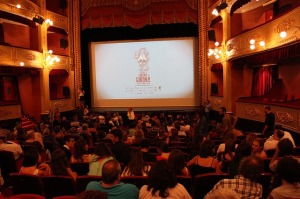 I watched Schindler’s List for the first time while I was in high school.  I think I’ve only seen it maybe three times total in my life.  It’s not exactly the kind of movie you pop in for a Friday night with the family.  It’s not a popcorn and snuggling on the couch kind of movie.  But I am a firm believer that every single American should watch that movie.  Steven Spielberg told a story that is the rarest thing to find in the human condition.  It was a story about a hero in the truest sense of the word.

Schindler was not a saint, he was a man.  He had flaws, and some of them were pretty deep.  But he was a man who knew the meaning of the word principle.  While the rest of Germany was devolving into the darkness that was the Third Reich and the National Socialists (Nazis), Schindler was in the process of a sort of conversion.  He was slowly waking up and realizing the condition of the world around him and his own willing participation in creating that condition.

And with that realization came the revelation of a very real and inescapable obligation.  Once Schindler knew the truth, he could not escape it.  He felt a need, a responsibility, dare I say, a duty to do whatever was within his power to save the lives of his fellow man.  He decided that, come what may, he was going to snatch people from the jaws of death, and then he actually had the courage and the fortitude to see it through.  He turned a personal awaking into a personal crusade.  He knew, as a member of the Nazi Party, exactly what would happen to him if he were discovered, and he did the right thing anyway.

Schindler bought the lives of Jews in Poland and then sheltered them from Hitler’s final solution.  He paid guards to alter records, and change statuses in the logs.  By the end of the war, when Schindler had spent his entire fortune on bribes and black market purchases of supplies to keep the Jews that were working at his factory alive.  In what is probably the second most powerful scene in cinema, Liam Neeson as Schindler breaks down and sobs as he’s leaving the factory ahead of the Allied advance.

He stands next to the car he’s about to climb into and weeps as he regrets not trading the car for another life, even the Nazi Party pin members were force to wear on their jacket lapel, that is enameled gold.  This man who just spent years risking his life and the lives of his entire family, not to mention the 1,200 people under his protection and care, is actually weeping because he thinks he could have done more!

I remember watching the movie for the first time, and I sat on the couch in our living room in Harnett County, tears streamed uncontrollably down my face.  I had read about the Holocaust.  I had read Elie Wiesel’s autobiographical Night, and it had troubled my sleep for weeks.  I knew, intellectually, what the Holocaust was and what it had done.  But seeing it in the movie, seeing it in the faces of the people was something I was absolutely not prepared for.

I sat there stunned as the credits rolled.  And at the end, after the credits, there was a tribute to the man, Oskar Schindler, who died October 9th, 1974.  An image of his grave slowly faded into view and began what is, in my opinion, the most powerful moment in cinema history (you can view the tribute here).

In a slow procession, to some haunting violin music, the actors came by with those of the 1,200 original Schindler Jews that were still alive, each actor with the corresponding individual from the film.  As each survivor passes, they place a small stone on the top of the grave.  After Mrs. Emilie Schindler, the camera pans up to the line extending around the cemetery as people wait to place their stone in honor of the man who risked so much to buy them life from the hands of death.

We are facing a similar moment in our own lives that Schindler faced in Poland in 1939.  We see the evil that ISIS is perpetrating right now, whether we want to or not.  They do the most terrible, most brutal things the darkest corners of the human imagination can conjure, and then they broadcast it proudly to the world.  They are the absolute definition of EVIL and they are destroying whole communities of Christians right now across the Middle East.  From Iraq all the way to Libya and south into Sub-Saharan Africa.

No one denies this.  They can’t.  Once you see the truth, once it is plain before you, you can ignore it if you want to but you cannot deny it.  And right now we have the chance to purchase lives from the hands of death in Iraq and Syria.  There are people who are working actively, right now, to get these Christian families out of the path of ISIS and out of areas where they have been marked for death.

This isn’t the State Department.  This isn’t the United Nations.  This isn’t some blanket call for refugees where we may or may not be inviting more people into our nation who want to and plan to do it harm.  This is a group of people that are going directly into the jaws of death where people have been marked with this symbol ن for “Nazarene.”  That symbol and that label has been used just like the yellow Star of David was used in the Holocaust to mark out those chosen for death.  This group has turned that symbol into a symbol of hope.

When the tribute I mentioned was filmed in 1993, there were less than four thousand Jews left living in Poland.  There were more than 6,000 Schindler Jews and their descendents.  One man did that because he refused to turn his back on the truth and the suffering of his fellow human beings.

In fifty years, how many Syrian Christians will be alive because of what you’ve done?  How many Iraqi Christians?

I want to be able to answer that question, when my grandkids ask it, with my head held high.

2 thoughts on “The Best Movie I Ever Watched”